I discovered these whilst sorting through some old material. I’d forgotten I had them.
There is a Creative Camera letterhead, one for Coo Press featuring a woodcut of a pigeon-handler, and a page headed ‘Creative Camera Gallery’ – a short-lived venture on the Doughty street premises. 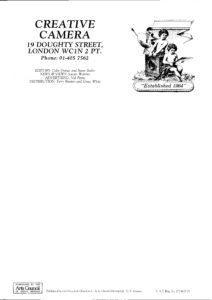 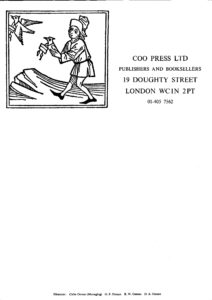 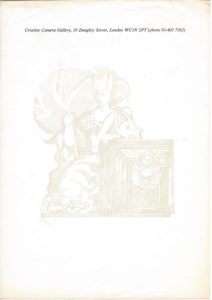 The CC letterhead lists Colin Osman and Susan Butler as editors and has the Arts Council subsidy logo, so dates from the period when the magazine was in receipt of a grant to keep it going.
Notable also is the ‘Established 1964’ header, linking the magazine back to its roots as Camera Owner, way before Osman and Coo Press became involved with it.

This site uses Akismet to reduce spam. Learn how your comment data is processed.