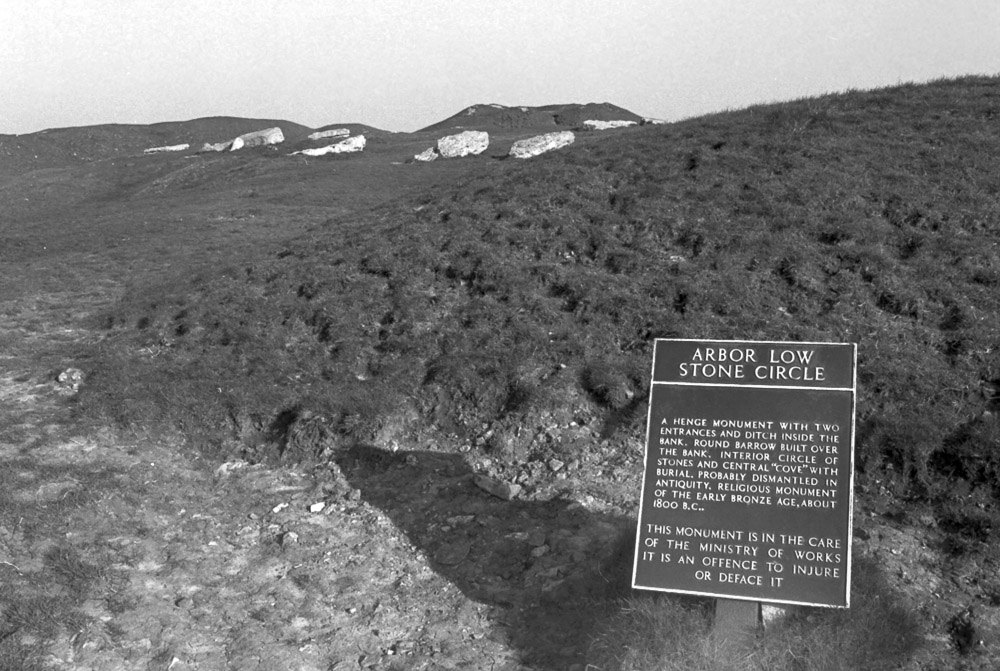 The original 'Ministry of Works' sign at the entrance in 1981.