From digital to darkroom: the new rise of film

“Where digital was once the go-to medium in photography, chosen for its ease and cheapness, photographers are now returning to film, in both their personal and commercial work. We examine why.”

How I Got Here: Joel Meyerowitz

In which Meyerowitz talks a lot about his working with Tony Ray-Jones and the new book on his life’s work, Where I Find Myself is published by Laurence King and costs £45. You can see more of Meyerowitz’s work at joelmeyerowitz.com.

You need to register with the magazine to read the whole articles, but it’s free and appears not to have any strings attached.

Just added to the site, the comprehensive article by John Stathatos about The Cambridge Darkroom, originally published in Creative Camera magazine, October 1989.

Five Years of the Cambridge Darkroom.

During my ongoing project to scan the entire collection of Creative Camera magazines I’m coming across lots of fascinating material and references.

This one is a review of Ray Moore’s Hayward Gallery exhibition by Roger Mayne, published in 1981. END_OF_DOCUMENT_TOKEN_TO_BE_REPLACED

Over on my other site, playing around with a Photoshop version of lith printing. 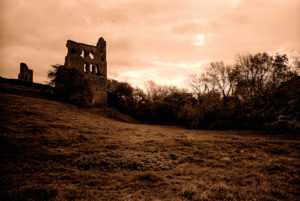 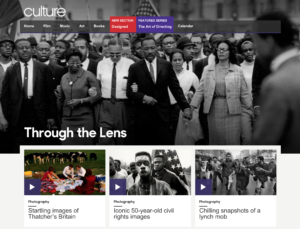 Pattern, colour and symmetry in the short-listed candidates for the Chartered Institute of Building’s annual photographic prize.

Ever since I managed to assemble a collection of every issue of Creative Camera, from its beginnings as Camera Owner in 1964 to its demise as DPICT in 2001, it has been my goal to make this resource web-searchable. END_OF_DOCUMENT_TOKEN_TO_BE_REPLACED

I discovered these whilst sorting through some old material. I’d forgotten I had them.
There is a Creative Camera letterhead, one for Coo Press featuring a woodcut of a pigeon-handler, and a page headed ‘Creative Camera Gallery’ – a short-lived venture on the Doughty street premises.
END_OF_DOCUMENT_TOKEN_TO_BE_REPLACED

News reached me this week of a film, currently still in production, titled Do Not Bend: The Photographic Life of Bill Jay.

It’s being produced under the aegis of The United Nations of Photography, an independent platform designed to encourage informed lens-based media conversation and debate.
Visit their website here: www.unitednationsofphotography.com

I was contacted by the Producer & Director, Grant Scott, with regard to using some images of Camera Owner/Creative Camera magazine covers in the final edit. As I appear to be the only person with a complete set of the mags I’m happy to oblige.

News on the film’s release schedule and screenings will follow as I hear more.

The University of New Zealand, Massey University, offers a scholarship in documentary photography in honour of the late Peter Turner.

Named the ‘Peter Turner Scholarship in Documentary Photography‘ it is a fitting tribute to a man who contributed so much to photographic education, both in this country and in his adopted NZ.