Edwin Smith always said of himself, ‘I am an architect by training, a painter by profession and a photographer of necessity.’ However, it is as a photographer that he is known professionally and artistically, while his painting and drawing is almost entirely neglected.  Working from the interviews conducted in 1989 and research in the Olive Cook Papers (Newnham College), this page hopes to shed a little light on Edwin the painter and drawer to complement our understanding of him as a photographer. – Brian Human

Some examples of Edwin Smith’s Paintings 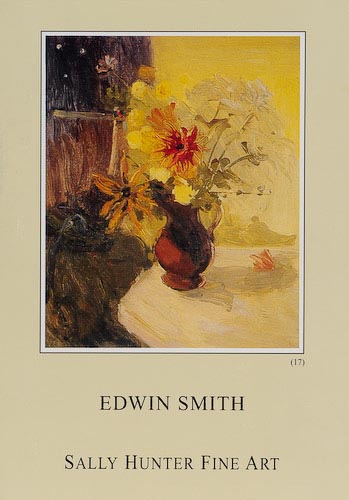 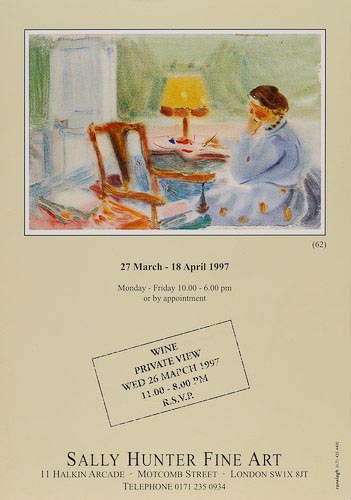 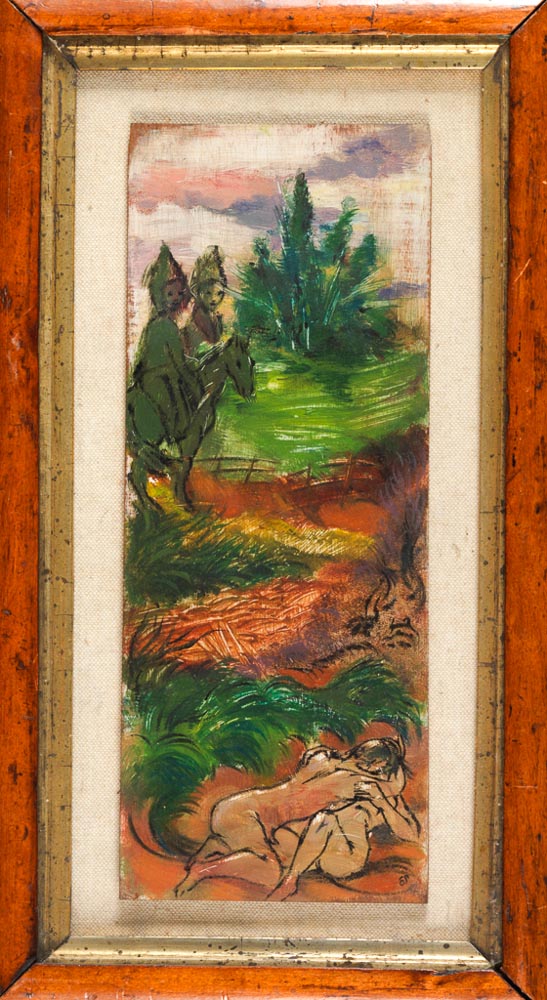 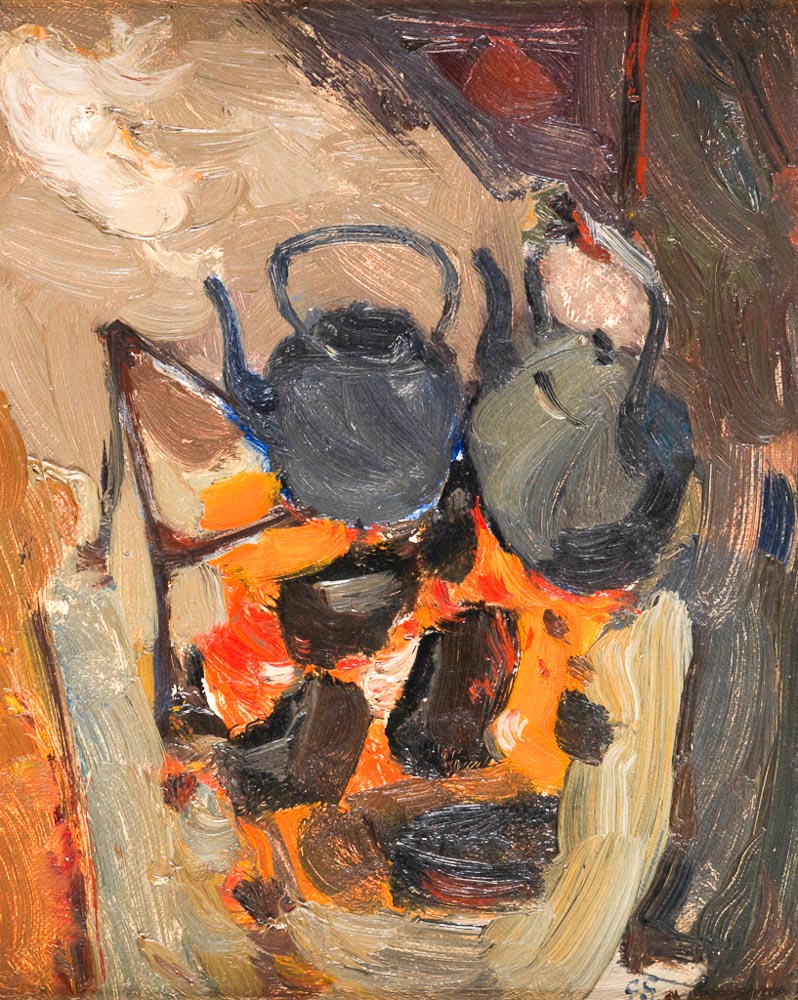 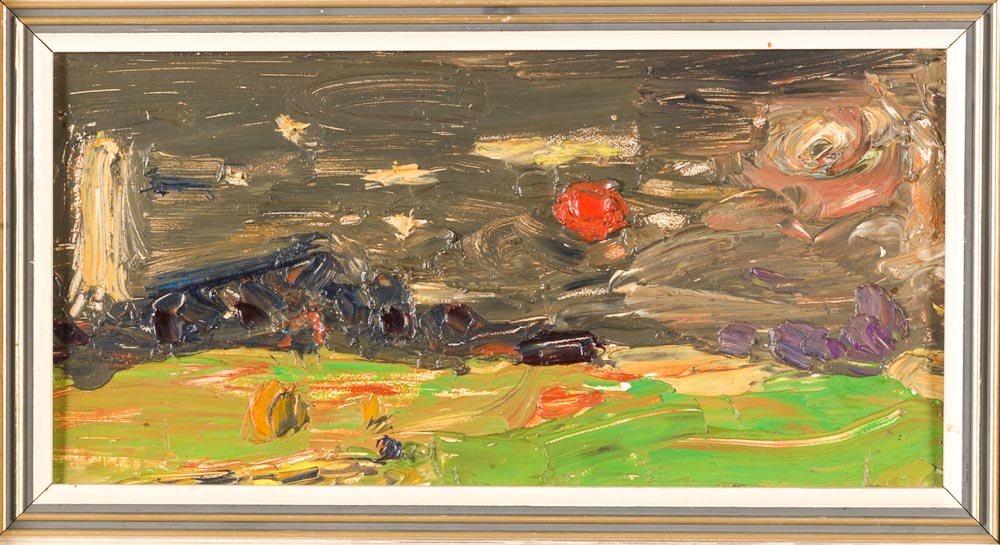 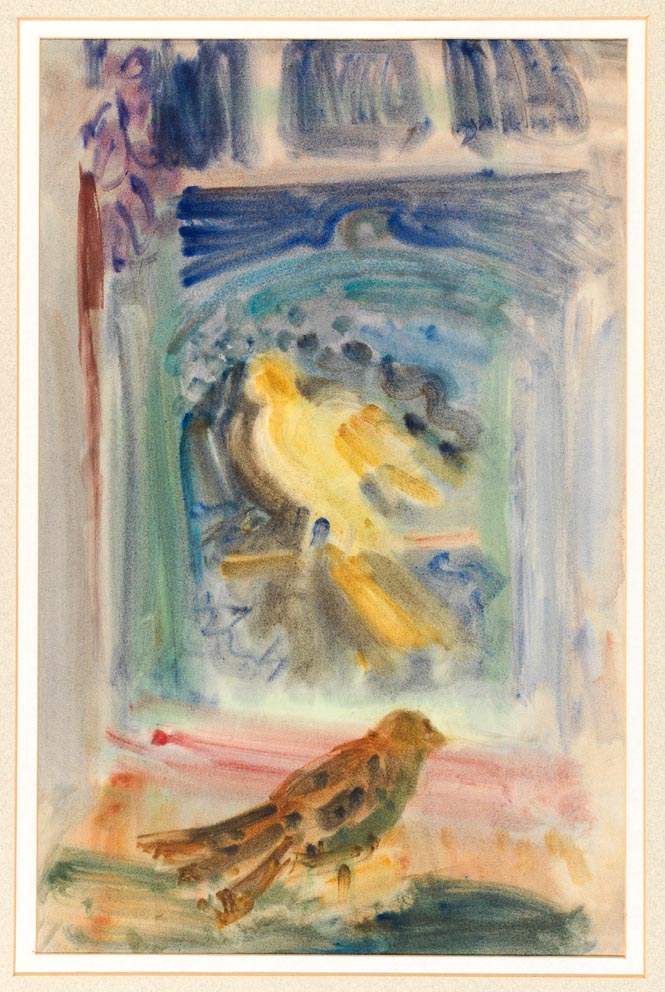 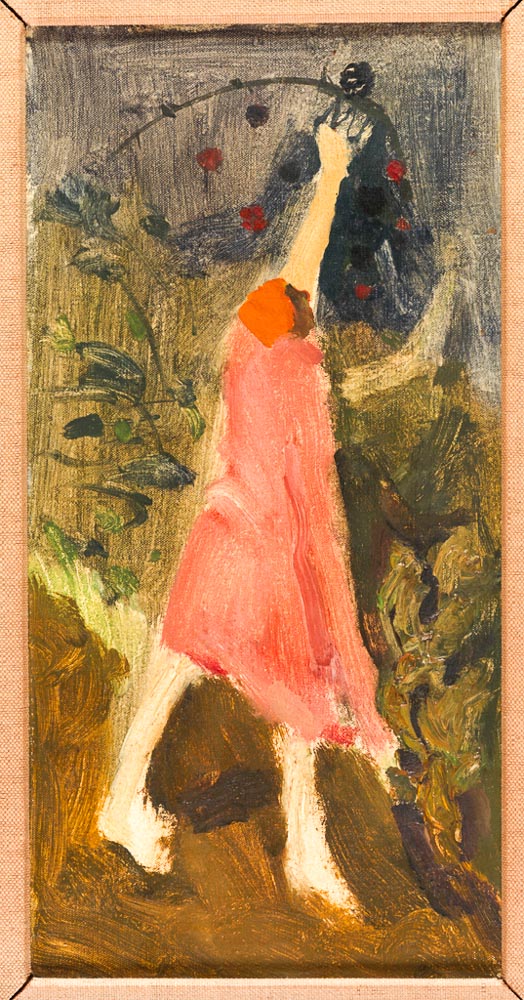 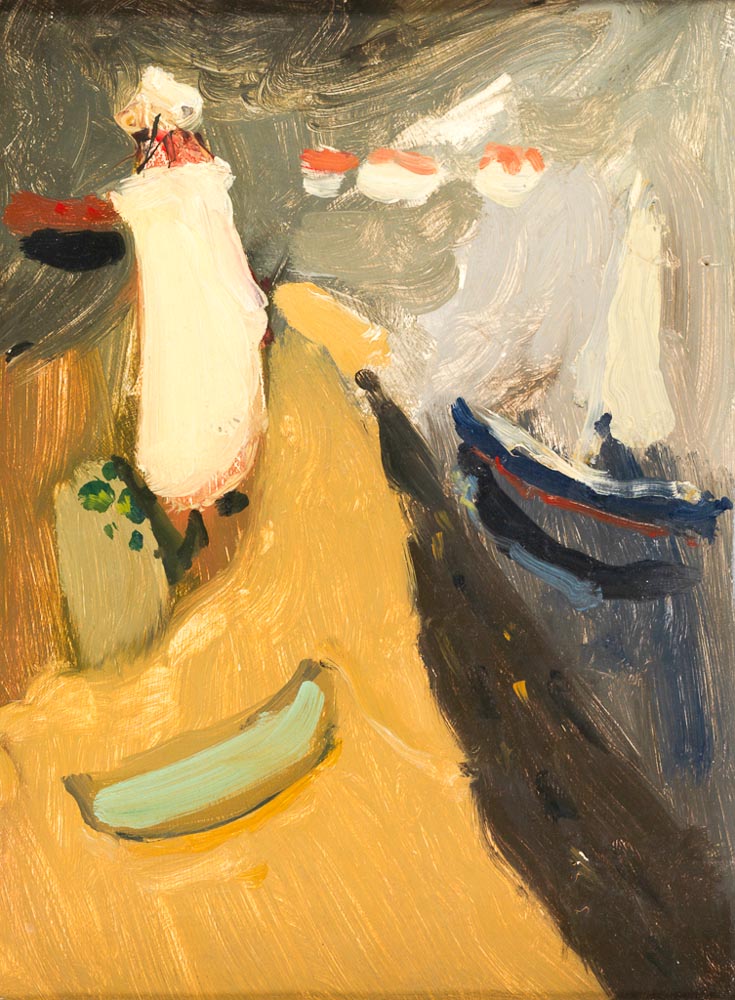 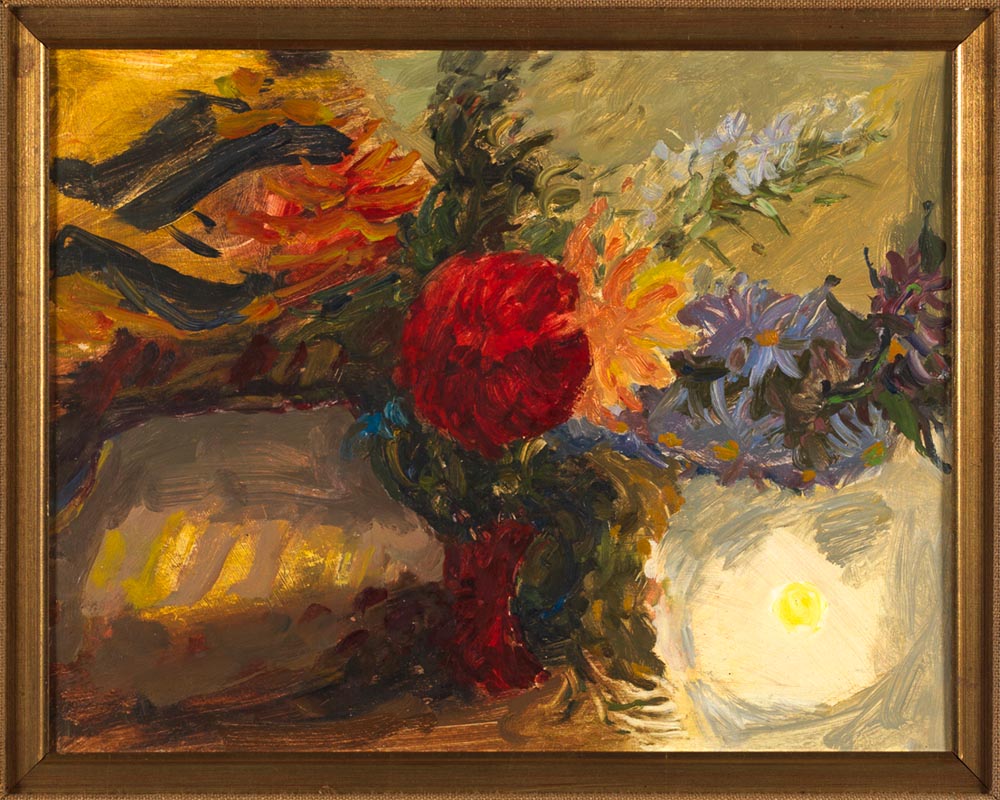 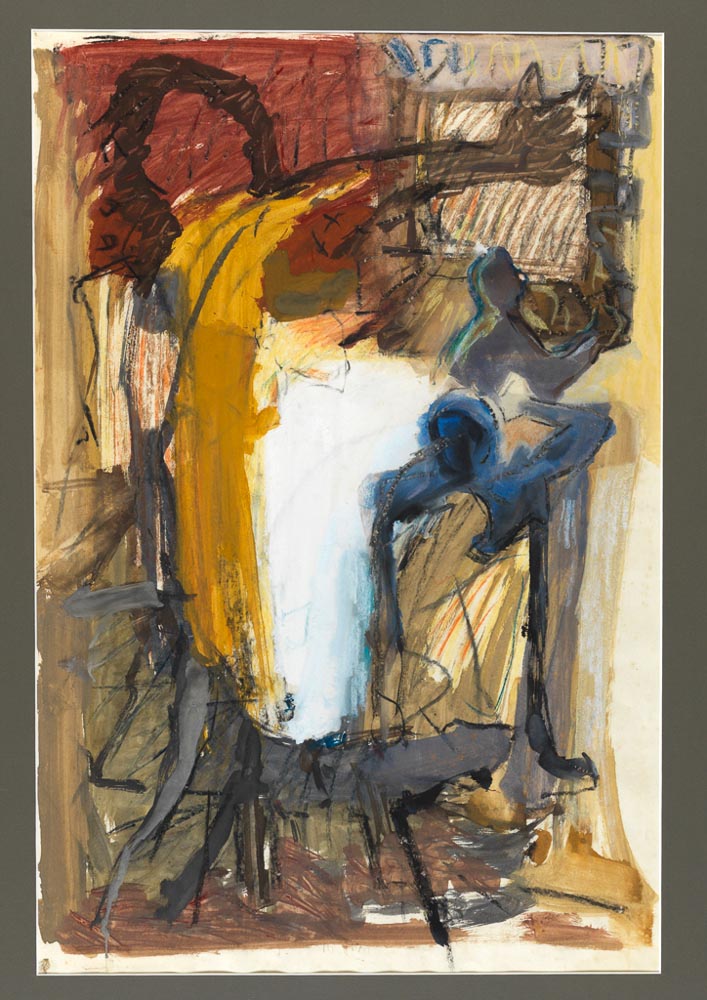 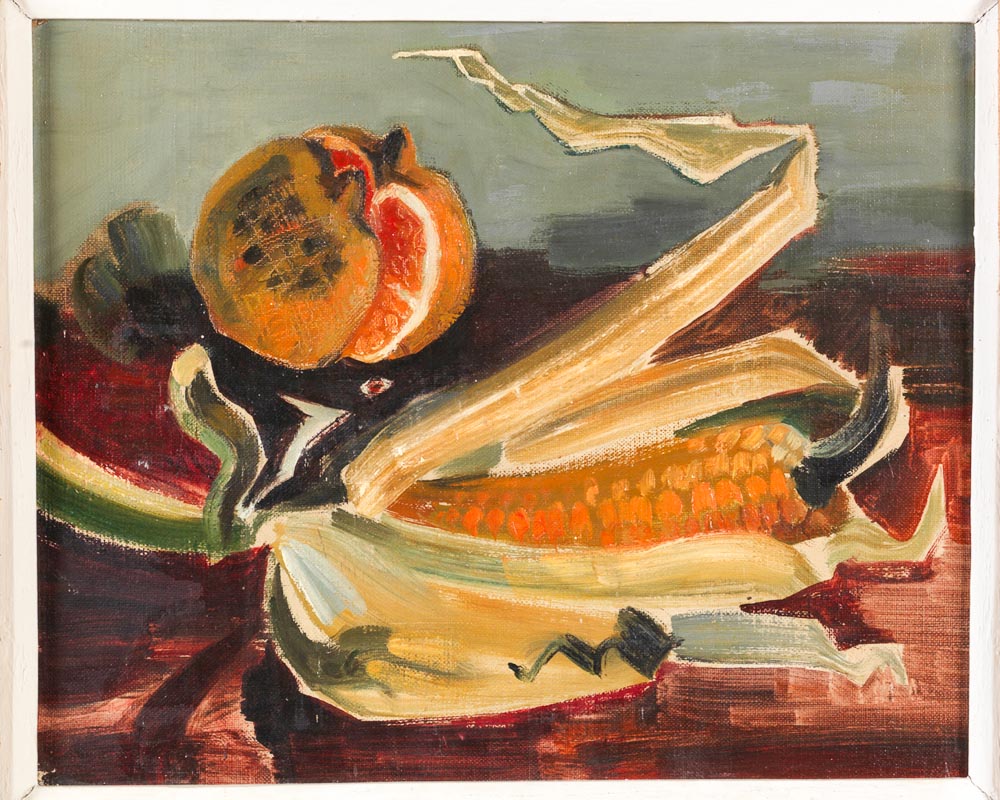 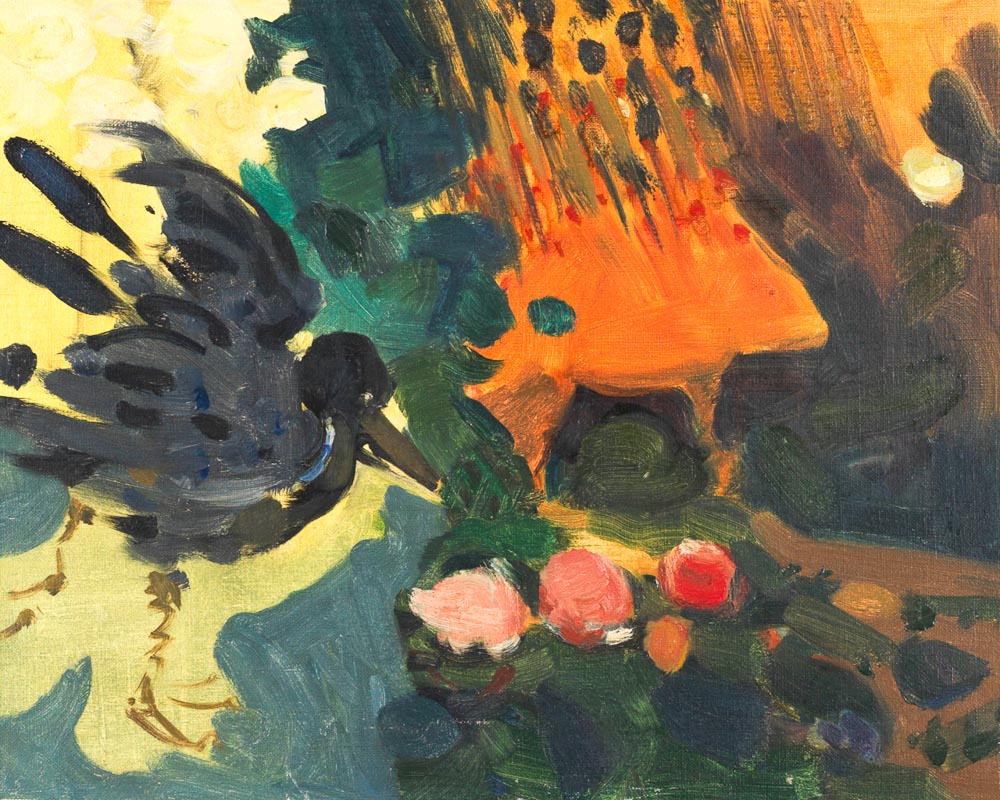 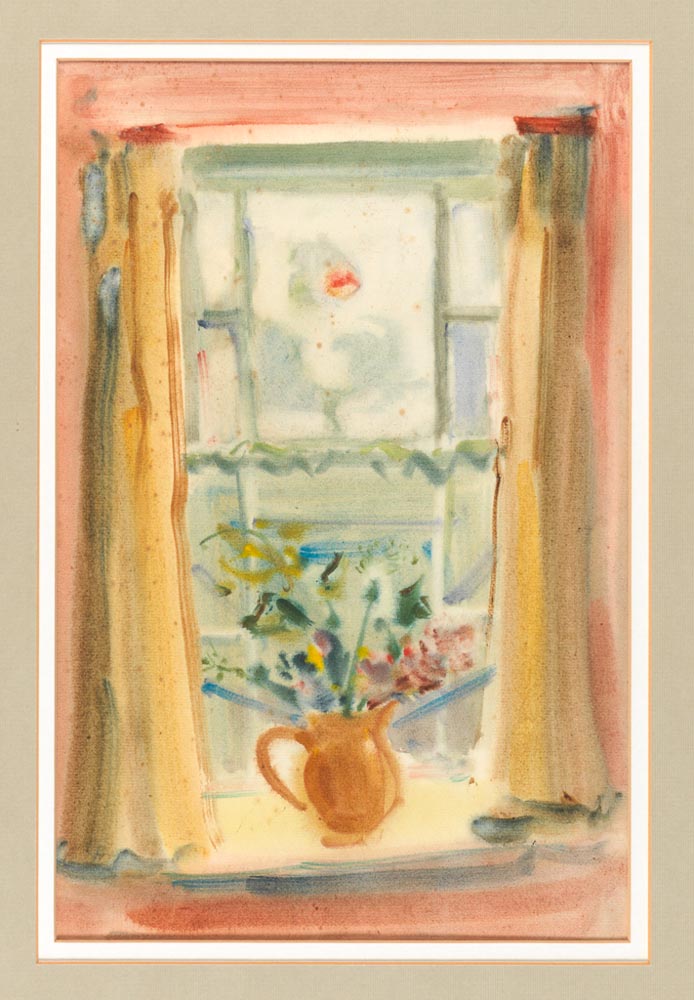 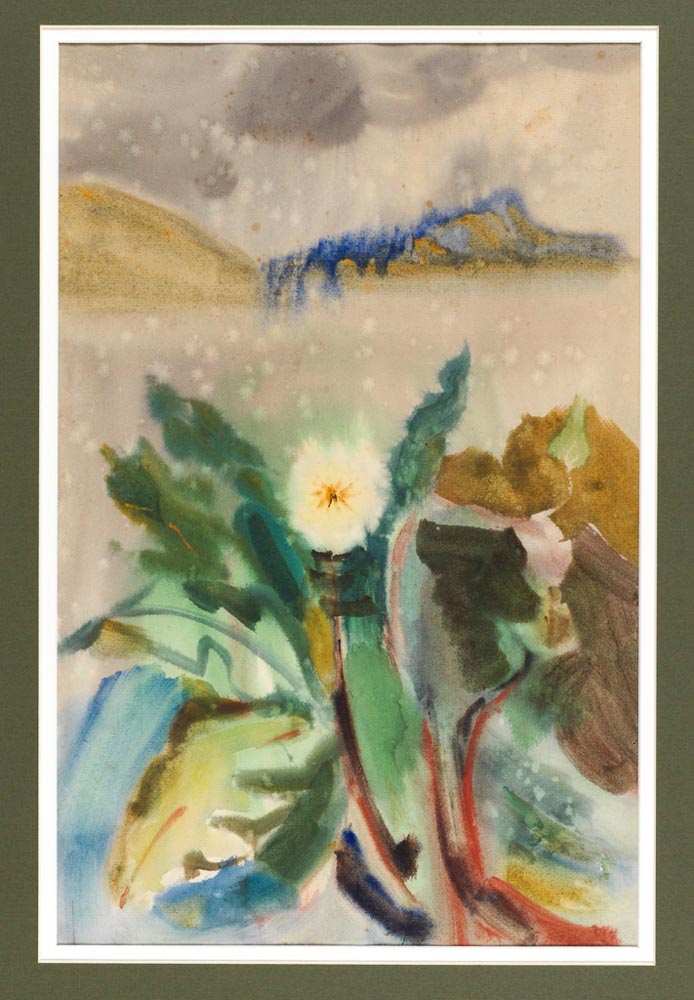 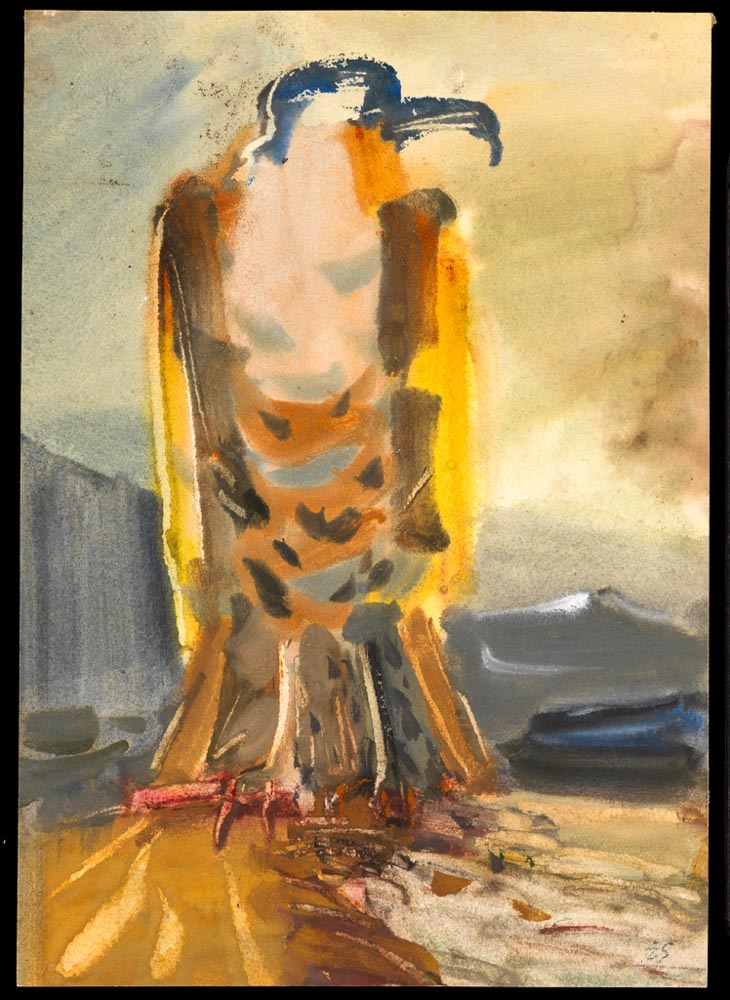 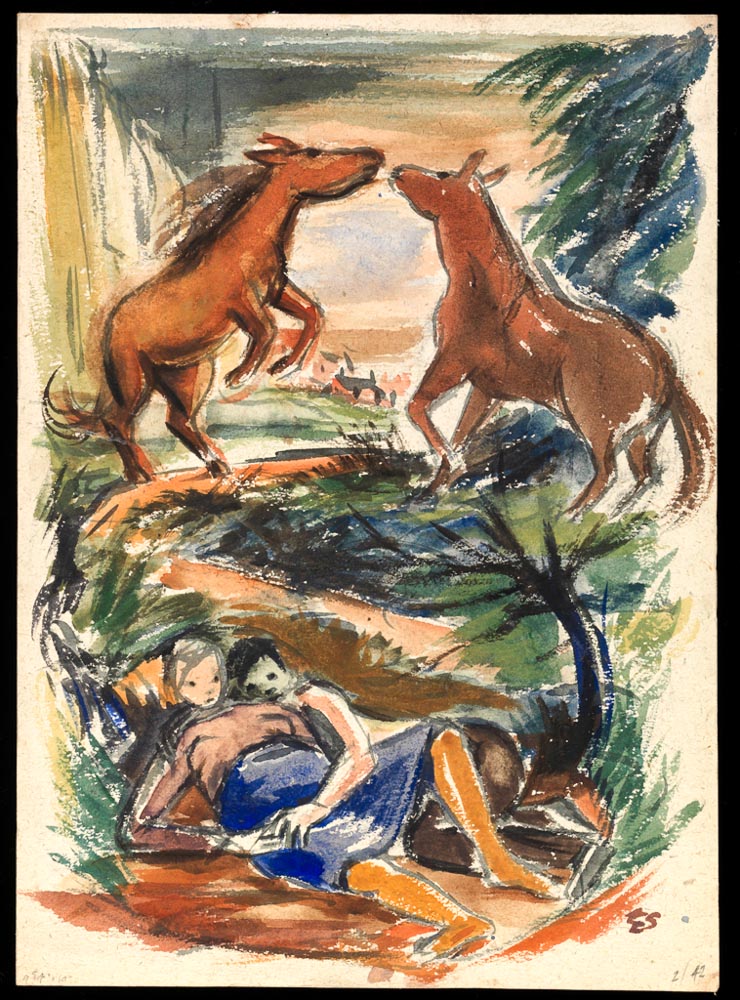 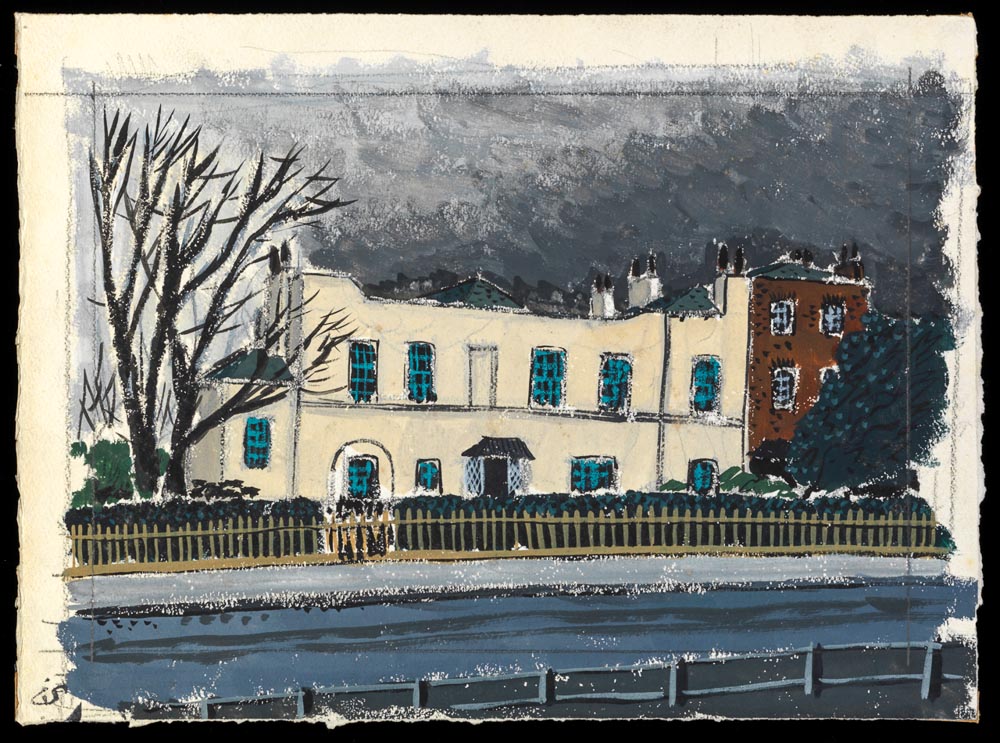 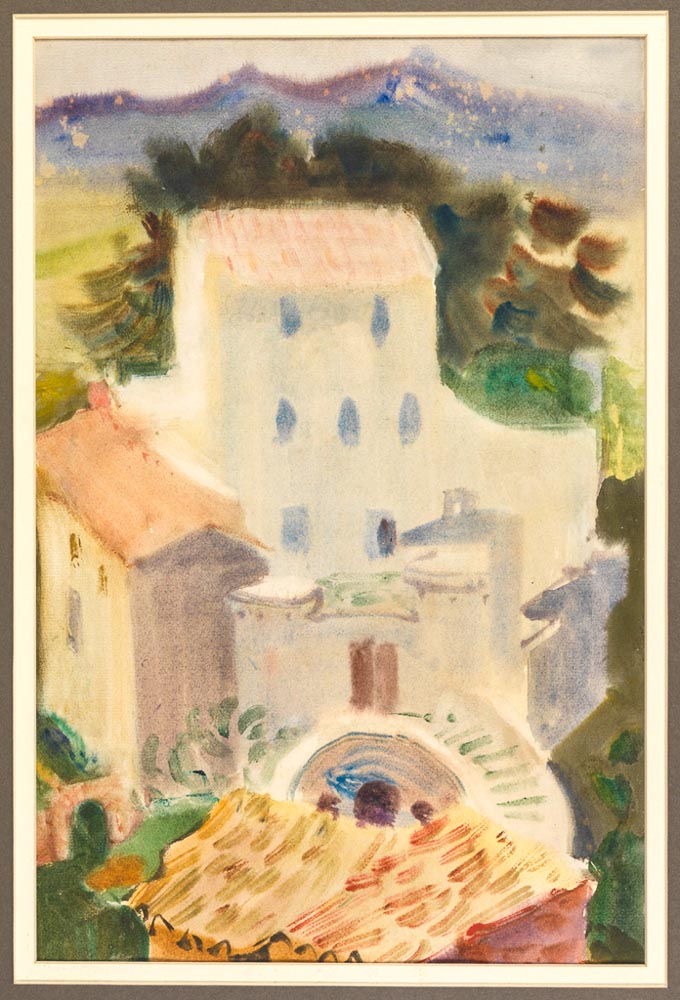 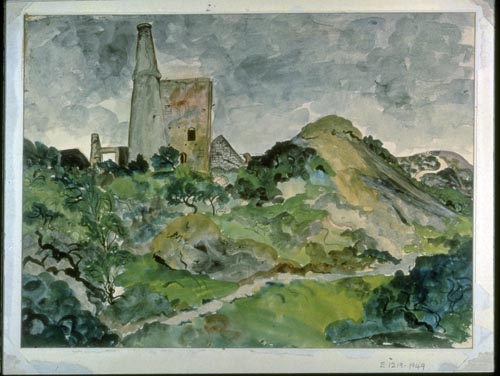 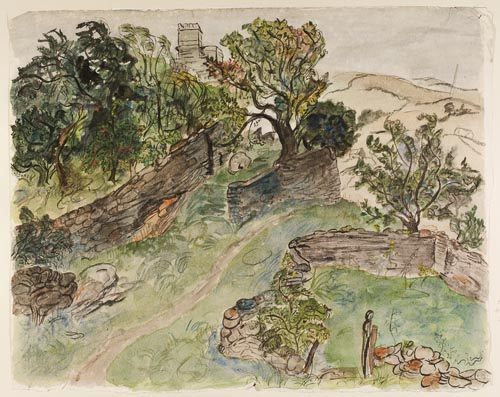 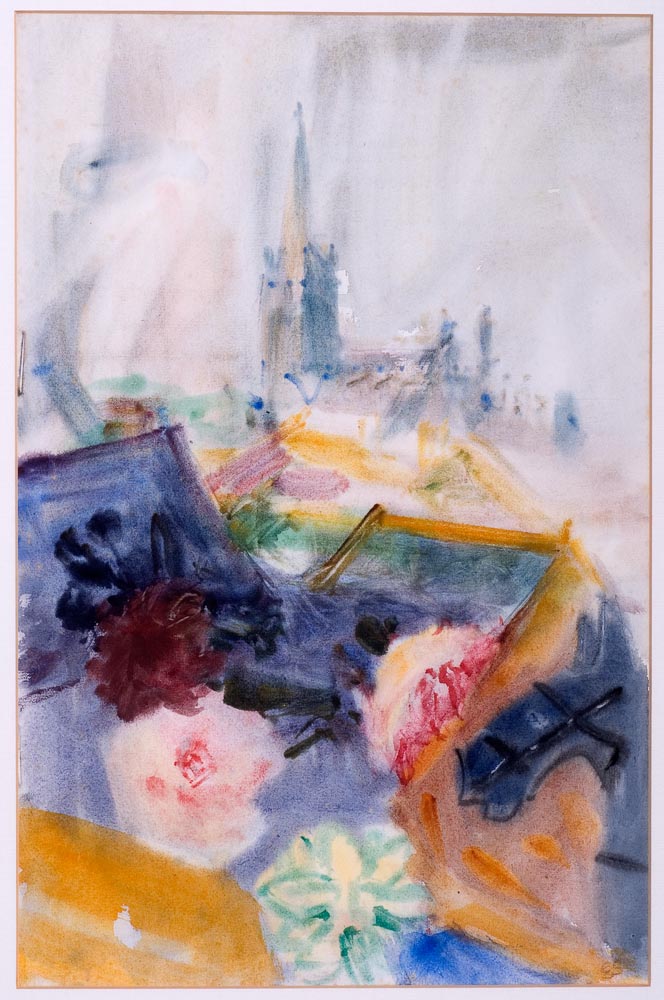 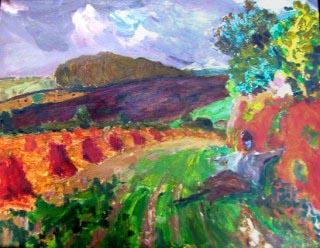 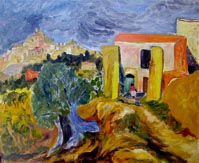 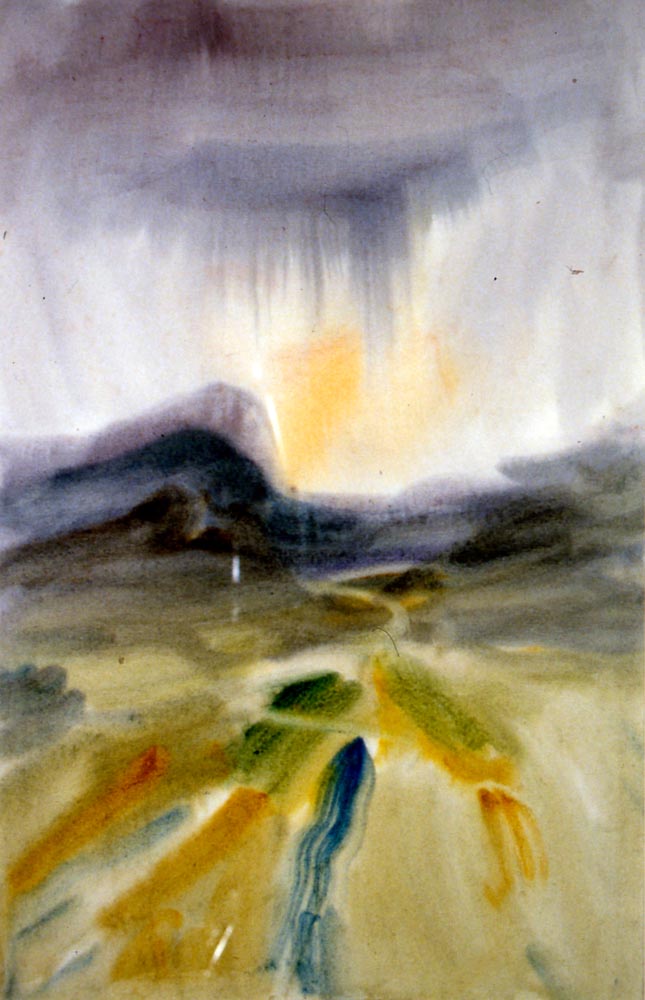 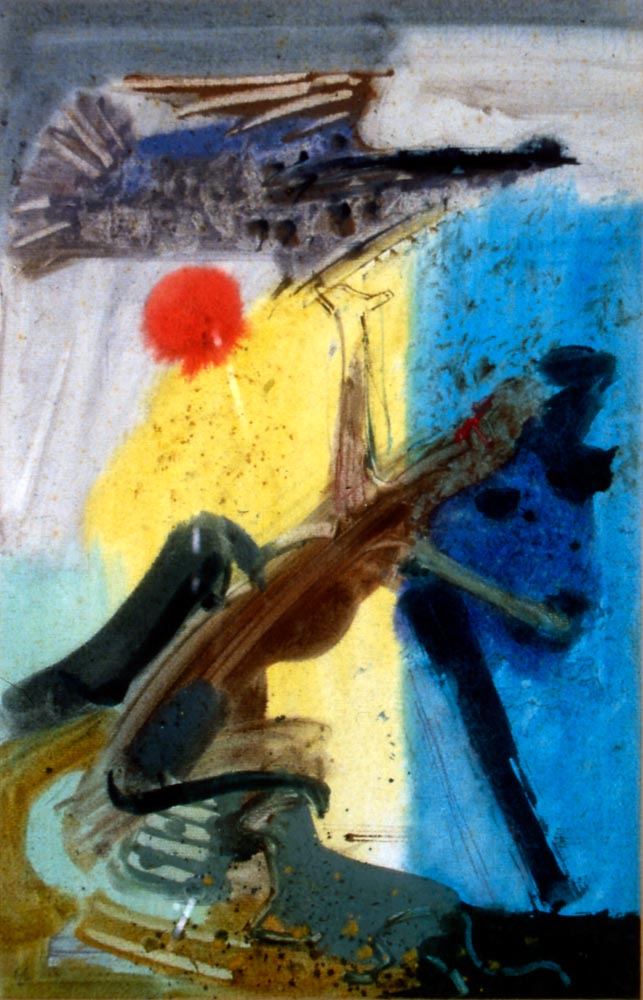 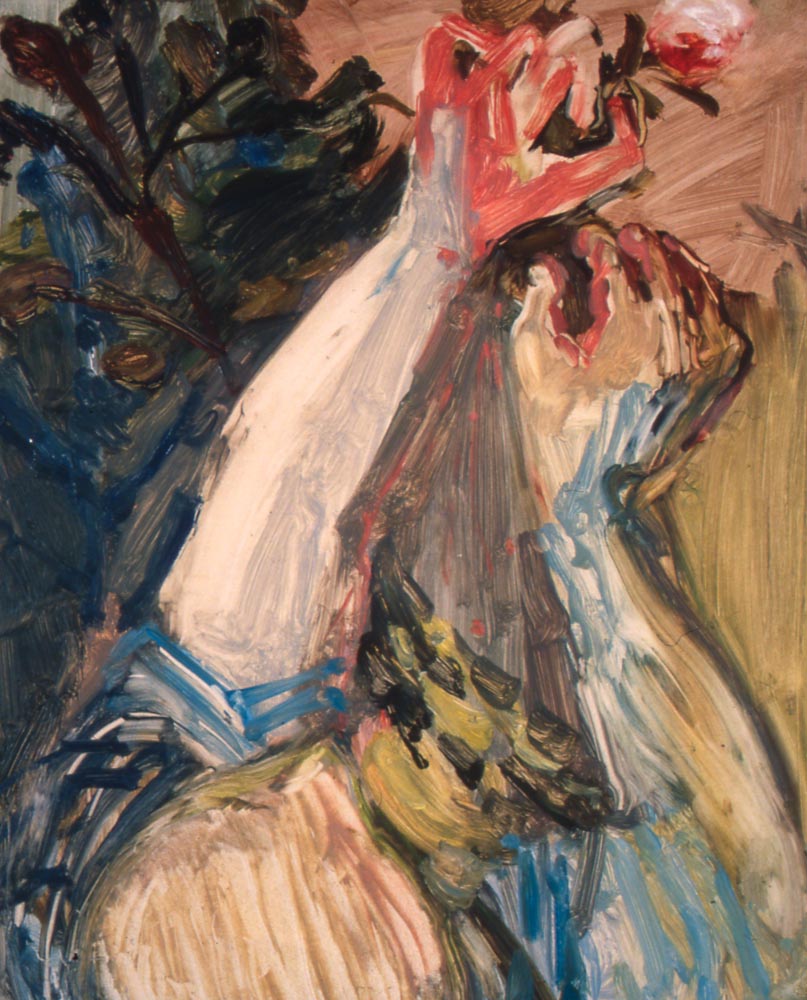 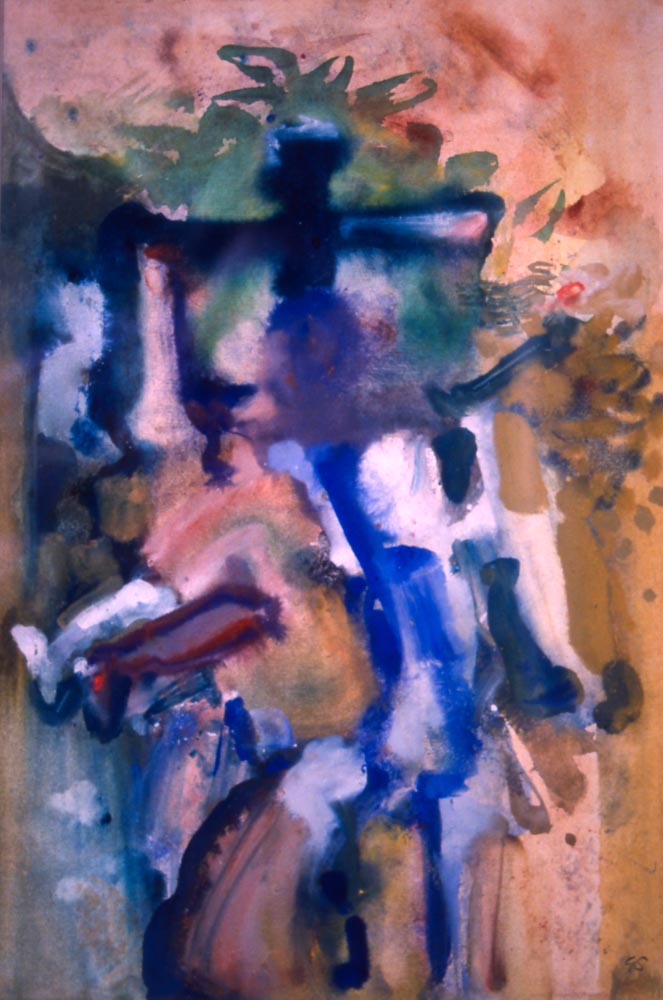 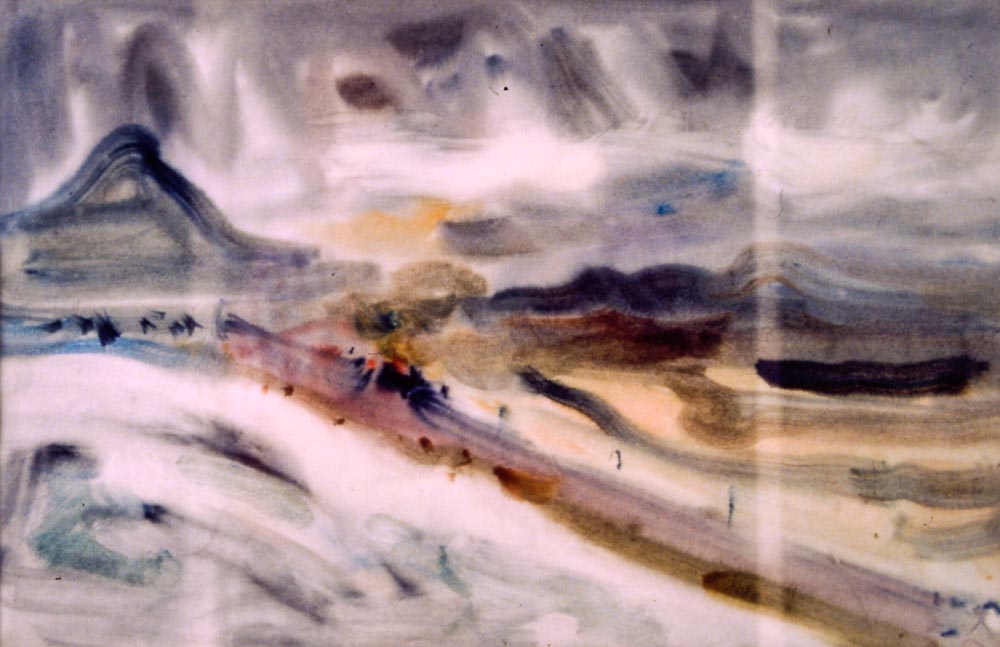 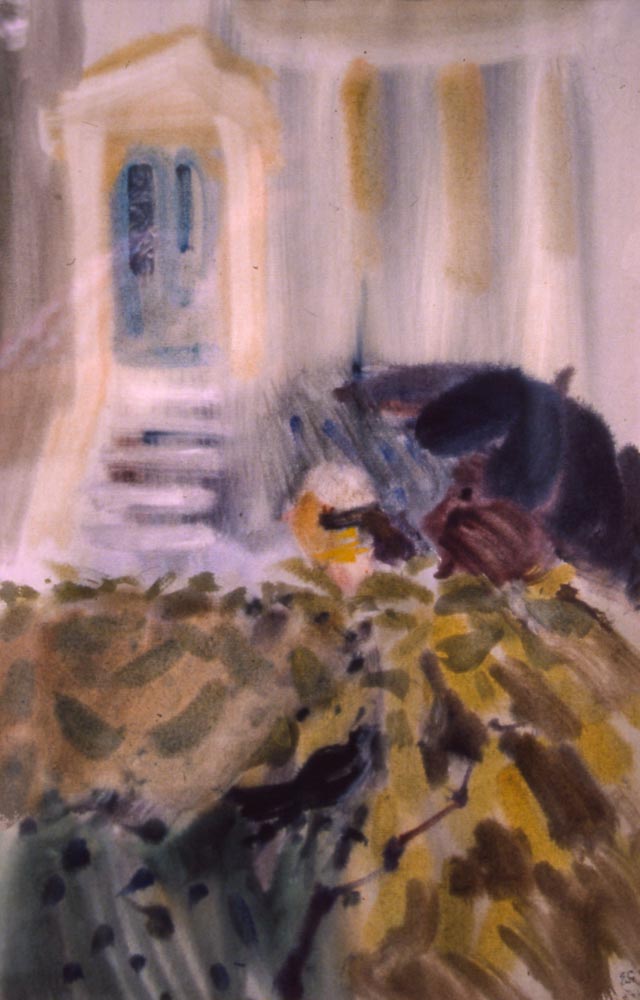 The interviewees seemed uncertain as to when Edwin started painting.  Phoebe Pickard felt that he began after he became a photographer (c.1932).  Drawing is a skill he would have developed in his training as an architect (1928-1932), but his early creative work was with the camera.  Stetch books in the Olive Cook Papers show that he was drawing with considerable skill in 1939 and clearly started well before then.   John Henderson noted that Olive had enormous facility in a lot of directions, in writing, painting and drawing, while Edwin had skills in photography, architecture, and design.  Hence the graphic expression of the world would have been something they had in common when they met (c.1942-43), something that united them, and Olive may have been instrumental in encouraging Edwin’s painting and drawing, though the interest predates their meeting.

Edwin’s skills were well developed by the early 1950s and, according to Olive, they went to Sicily (1951-52) to enter a painting competition held for non-resident painters, eventually ending up in Ragusa, where they spent two years.  Edwin managed to survive on money he could earn from his art – he painted a set of olive trees for an engineer working nearby and also did restoration work on church paintings.

To ask why Smith painted and drew is perhaps to miss the point, because it seems to have been a compulsion.  According to Norman Scarfe: ‘It was a very curious thing that he had a slight disregard for the business of photography, because he thought that it wasn’t art in the sense that painting was, you didn’t have such freedoms.’ Dr Alice Roughton felt that painting was his first interest, though he was practical as well as artistic, knew he had to do something to earn money, and photography was probably not too far away from painting and drawing. Olive said that Edwin was very like Schubert, implying that beneath the rather jolly exterior there was a deep seam of sadness, which was related in his case to the fact that he was spending his time on photography and he wanted to be a painter.

But to press the question, if Edwin saw the world in visual terms and had a voracious visual appetite, why did photography not satisfy his urge to capture this?  Ruscha Schorr-Kohn felt that mere capture was not the motivation for his painting, he was after something deeper.  For Mrs Donald Horwood it was simple: painting was something ‘he did for himself’, a ‘personal pleasure’; and ‘It was always with the most enormous enjoyment – he would show one things with great pleasure, it obviously meant a great deal to him.’ The sheer importance to him of painting may have been manifested in his approach to having children.  Olive said he didn’t want to have a family because it would interfere with his work. Work in this context was his painting and drawing and he wanted to devote his spare time to this, not to looking after children and coping with family life.

Edwin was catholic in his choice of subjects for paintings, which included flowers, portraits of the Horwood children and landscapes and seascapes of places such as Blackshore in Southwold.  Whatever the subject, the paintings were modest in size.  Olive said he wanted to do some very large canvasses, but never had the opportunity to do so, simply because they would have taken a lot of time: the amount of time he had meant that he painted on a small scale.

Ruscha Schorr-Kohn described his paintings as: ‘very magical, very diffuse, beautiful colours, semi abstract, semi naturalistic abstract, so that you can in a way see what you like in them.’ Phoebe Pickard mentioned Daumier like sketches; and to Norman Scarfe the work had ‘a sort of William Blake quality.’ Referring to pictures she owned, Dr Roughton described them as, ‘an interpretation of the flowers’.